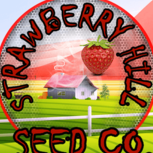 Top Posters In This Topic

Here's some cool pics from 3 years ago putting the F1 female thru her paces testing out sea of green capability..... she passed with flying colors 🙂

Most folks who have gotten to know me over the last few years know that I have been working the Shiskaberry lines for quite a while now. I restarted my Shiskaberry journey by combining Shiskaberr

and on the other branch of the shiska breeding lines..... my LMZ pink pistilled girls.